The Chuck Wagon - Traveling Dinner Table of the Old West 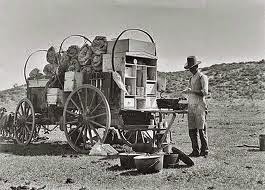 The Chuck Wagon of the old west was a home, the dinner table, "the water cooler" and a traveling store.  The Chuck Wagon on a cattle drive or roundup served all these requirements. (this picture is from the book "Cowboys" by Martin Chandler)

The chuck wagon also had a barrel on one side that contained 2 day supply of water and on the other side of the wagon, to counter balance, was a toolbox. It held branding irons, horseshoes and nails. And of course you could find the cooks staple- a dutch oven

The wagon bed itself carried bedrolls, war bags, corral ropes, guns, ammunition, lanterns, kerosene, and slickers. If a cowboy or lame calf was injured they would ride in the back of the wagon.   The Studebaker Company was one of the major companies manufacturing the chuck wagons. They sold for $75-$200. A chuck wagon weighed 1600 lb empty. It could haul 3 tons. The chuck wagon was a virtual store on wheels-it carried everything from eggs to long guns and ammunition. 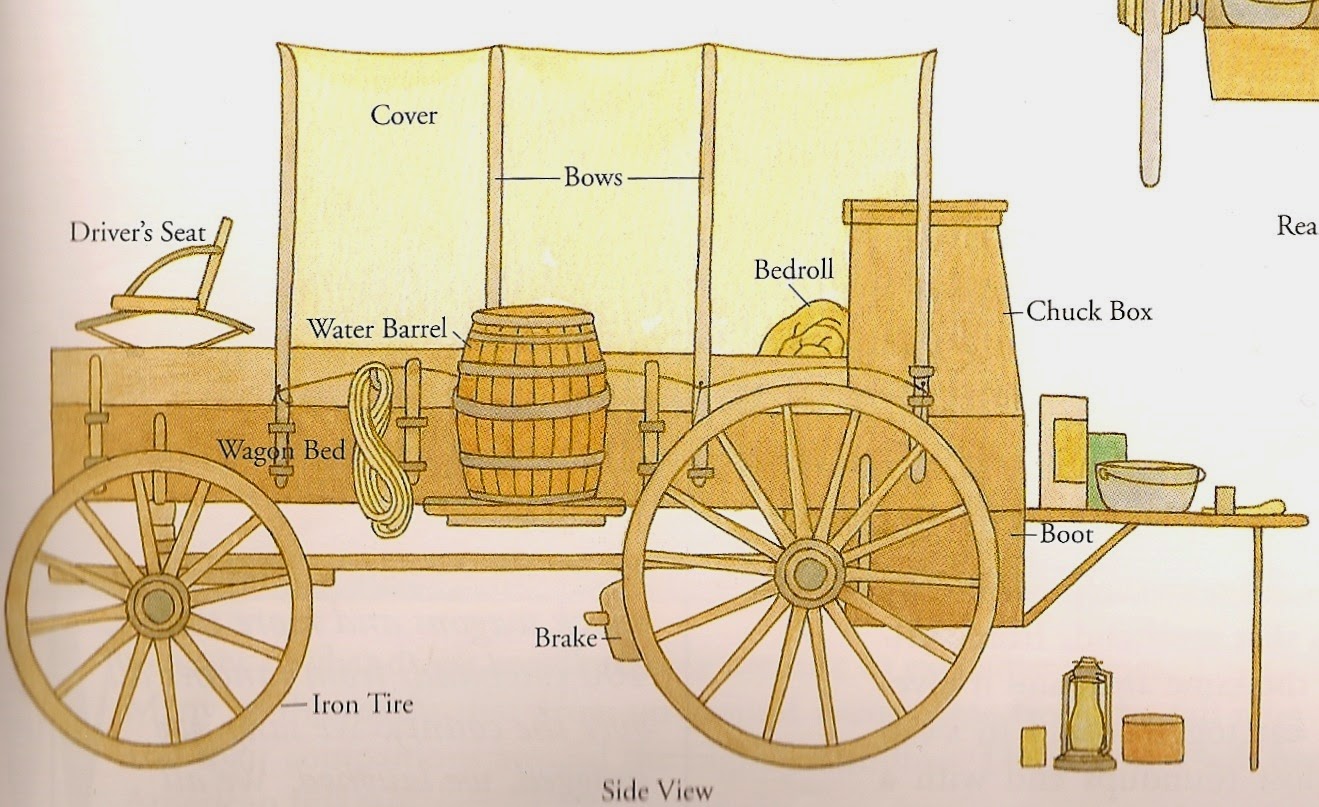 
there was also spices such as cinnamon, salt, all spice, pepper, ginger, and of course syrup.  an extra wheel (to prevent iron rims from coming off the wooden wheels in hot and dry climates, it was best to find a shallow stream and soak the wheels until they swelled)

The Chuck Wagon of the old west could have been considered the "water cooler" of its day. Cowboys met there after a roundup or other event. They laid down by the chuck wagon at night to sleep and sat around it for every meal.   At the center of this chuck wagon was the "cookie". He cooked the food, helped the injured and would always have a story of joke to tell. 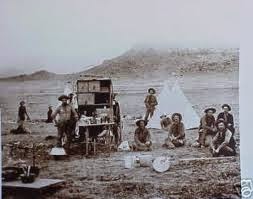 The cook prepared the food over brush or buffalo chips. A typical meal plan of the cowboy while on a cattle drive was-  A breakfast consisted of eggs and salt pork. The cowboys preferred sourdough biscuits to those made with buttermilk or baking powder. This is where the dutch oven was so useful-to make the biscuits.

A cowboy's lunch consisted of some dried beef, dried fruit, some sourdough biscuits and perhaps a cup of coffee, if he had a saddle bag.

While on the trail canned tomatoes helped to quench a cowboys thirst. The acid in the tomato juice also helped to counter act the alkali dust inhaled by the cowboys on the trail.   Dinner was the same as lunch with more meat and of course plenty of coffee!!!

Our family has been dedicated for 30 years in serving
the Western Horseman the safest most durable
Quality American made leather horse tack....... Buckaroo John Brand Buckaroo Leather, The Brand to Demand
Visit Our Unique Store Today
Buckaroo Leather Shopping Site
Posted by Unknown at 7:48 PM