WSRRA Rodeo....The Buckaroo Leather Travelin' Roadshow Will be There 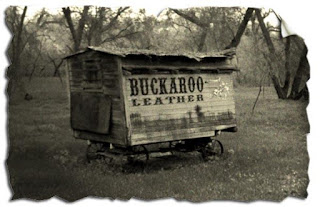 The old wooden wagon rubles up to the old west town. The townsfolk stop their work and head over to greet the stranger. The stranger hops down from the wagon, he starts to unlock all the unique compartments and toolbox and starts to say,

"Step right up folks, my name is Buckaroo John. I have here in my good old wagon some fine quality leather horse tack. Step up to feel and smell the quality leather made here in the USA. I have reins, headstalls, bridles, and my newest beauty...... the 100% Mohair Pink Cancer Ribbon Breast Collar to match our 100% mohair Breast Cancer Awareness Cinch. 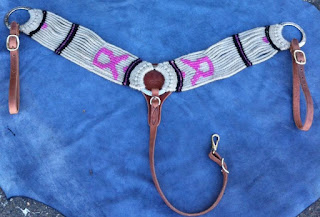 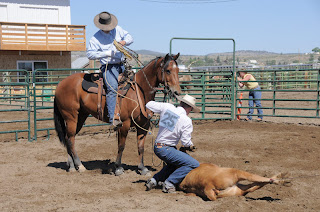 So If you are in the area come on by and "sit a spell"  with Buckaroo John.  He loves to chat with and meet all his customers and fans. 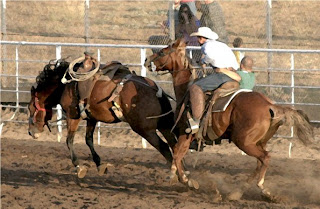 The WSRRA, Western States Ranch Rodeo Association, started for one reason to allow the full time and the average day working cowboy, working men and women, to have an opportunity to compete in sanctioned ranch rodeo events.  For years, larger associations have catered to the full-time ranch-hand competitor, leaving a large gap for those who work full time in other professions. By including full time ranch cowboys, smaller ranches and part-time cowboy contenders, the WSRRA will considerably enrich the ranch rodeo sport, bringing in fresh talent, showcasing more skills and encouraging seniors, women and youths to participate in a family atmosphere.   Only by continuing to expand the opportunities for all ranch rodeo competitors do we ensure that the ranch rodeo heritage will continue for generations to come. 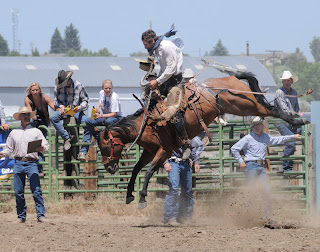 Our family has been dedicated for 30 years in serving the Western Horseman the safest most durable Quality American made leather horse tack....... Buckaroo John Brand Buckaroo Leather, The Brand to Demand Visit Our Unique Store Today Buckaroo Leather Shopping Site
Posted by Unknown at 1:32 PM No comments: 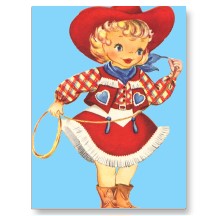