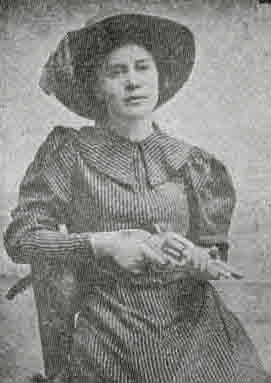 Rose Dunn, outlaw or rebellious teenager??? One may look back at Rose Dunn’s actions as just a young rebellious teenage girl in love, but history has called her an outlaw. Rose was an attractive young girl who was born in 1879 near Ingalls, Oklahoma. Even though she was from a poor family, she received a formal education at a convent in Wichita, Kansas.  Rose learned to ride, rope and shoot from her 2 older brothers who were minor outlaws when Rose was young. Through her 2 brothers, Rose met George "Bittercreek" Newcomb and it was "love at first site."
Rose or Rose of the Cimarron, as she was called by Newcomb, became romantically involved with him around 1893 when she was either 14 or 15 years old. Newcomb and his gang the Doolin-Wild Bunch Dalton gang worshiped Rose because of her good looks and her calm and kind demeanor. The gang was extremely protective of her and in turn she was especially loyal to them. Rose being completely infatuated by Newcomb began supporting him and his outlaw lifestyle by going into town for the gangs supplies since the law wanted all in the gang. 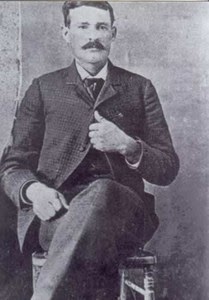 While Rose was helping the Doolin-Wild Bunch Dalton gang and Newcomb, her 2 brothers left the outlaw life and became well known bounty hunters called the Dunn Brothers. Soon Rose's outlaw life would end too.
In 1893 in Ingalls, Oklahoma the Doolin-Wild Bunch Dalton gang was in George Ransom's saloon. Soon U.S. marshals surrounded the saloon demanding the outlaw’s surrender. Needless to say the gang did not go quietly. The gun battle started and quickly became an intense shootout; know today as the Battle of Ingalls. Now there is some speculation on whether this part of the story is true. It has been said that Newcomb was badly injured during the shootout. While he was lying in the streets, Rose ran from the Pierce Hotel to bring him two belts of ammunition and a Winchester Rifle. When she got to Newcomb she fired the rifle at the Marshals while Newcomb reloaded his revolvers and was able to escape. 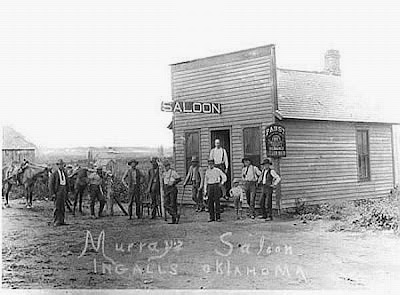 During the shootout 3 deputy Marshals were killed and Newcomb and Charley Pierce were wounded, but they both managed to escape. Newcomb, other members of the gang, and Rose hid out for at least two months. Rose nursed all the injured back to health. At this point there was a $5,000 bounty out for Newcomb, dead or alive.
Now, remember Rose's brothers were bounty hunters. On May 1895 Newcomb and another gang member, named Pierce came to visit Rose at her home. The Dunn Brothers shot both Newcomb and Pierce as they dismounted their horses in front of the house. Rose was later accused of setting the outlaws up by letting her brothers know when they were coming. The Dunn Brothers and Rose denied this fact. Rose was never prosecuted for her involvement with the gang. Rose's life of crime ended and she married a local politician and lived the remainder of life as a respectable citizen until her death at the age of 76.
Her rebellious teenage years or her life as an outlaw however you decide to look at it did one thing and that was to catapult her into the level of a western legend.


Our family has been dedicated for 30 years in serving the
Western Horseman the safest most durable Quality
American made leather horse tack....... Buckaroo John Brand