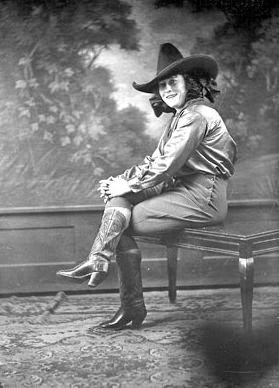 Eloise Fox Hastings…..”The nerviest cowgirl” as quoted by the announcer, Foghorn Clancy, at her first rodeo.  I suppose that is why when she was a little girl her parents sent her away to a convent school. But, being a rebel she ran away from the convent and joined the Irwin Brother’s Wild West Show. While at the Wild West Show she met Mike Hastings. 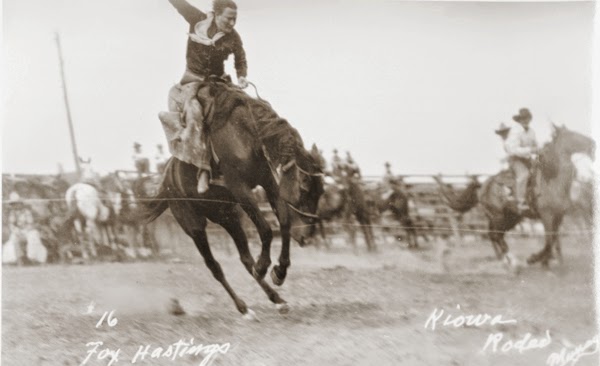 Mike Hastings was a bulldogger (steer wrestler) for the Irwin Brother’s Wild West Show. Mike taught Fox how to bulldog and the basics of the rodeo competition. At the age of 16 Fox married Mike Hastings and began her bulldogging and rodeo career.
At the start of her career with Irwin Brother’s Wild West Show, Fox performed trick, bronc riding, and relay racing. But, in 1924 at the Forth Worth Texas Rodeo Fox debuted her bulldogging talents. The announcer of the Rodeo and Fox’s manger, Foghorn Clancy, described the condition of the arena “as muddy as a hog wallow”. Fox set a record time that day of 17 seconds.

This was just the beginning of her famous bulldogging career. Fox broke records wherever she went and her charisma and athletic ability brought her praise throughout her career. In Houston, at the Cattlemen’s Convention Fox was named the most outstanding act of the entire Texas Rodeo. Fox continued to compete in rodeos and perform in the Wild West Shows for about 10 years. 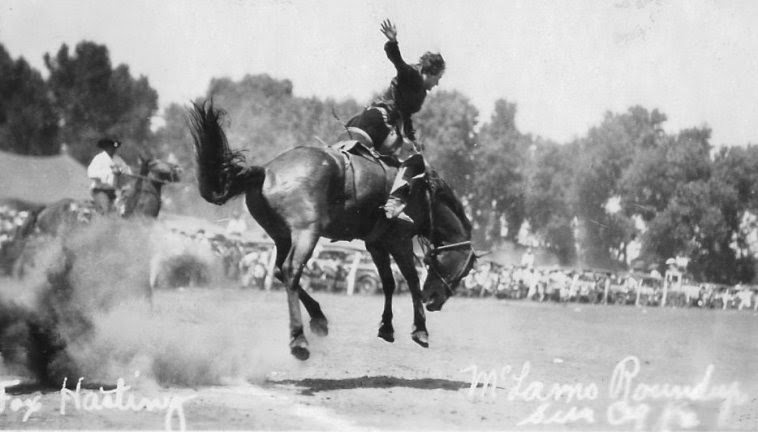 That little girl with the rebel spirit who was sent to a convent was known as the redheaded feminine daredevil of the arena. Fox’s cowgirl spirit, enthusiasm for bulldogging and her love of the competition made Fox the perfect candidate for the Rodeo Hall of Fame. Eloise Fox Hastings was inducted into the Rodeo Hall of Fame in 1987.


Our family has been dedicated for 30 years in serving the
Western Horseman the safest most durable
Quality American made leather horse tack....... Buckaroo John Brand Buckaroo Leather, The Brand to Demand
Visit Our Unique Store Today
Buckaroo Leather Shopping Site
Posted by Unknown at 9:44 AM