Thanks Giving is Next Week.

I thought this story of the Basques celebrating

Thanksgiving is an interesting story for the holiday.

Enjoy and Happy Thanksgiving to all! 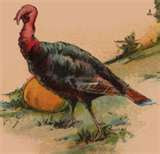 Basques and the First Thanksgiving in America

The first actual feast of Thanksgiving was celebrated by Basques on April 20, 1598 in what was to become the United States, in present day El Paso, before the Mayflower survivors held their thankful feast in 1621. The feast was led by Juan de Onate during his expedition north from San Geronimo, Mexico to colonize New Mexico.

One of our most honored annual traditions is Thanksgiving. Most Americans celebrate this holiday on the last Thursday of November. It is a continuance of the celebratory feast begun in the fall of 1621 by the fifty-three survivors of the Mayflower after their first year in a new land. It took place near Plymouth, Massachusetts.

However, the first actual feast of Thanksgiving in what was to become the United States occurred on April 20, 1598 in the area of present day El Paso, Texas. The feast was led by Basque Juan de Oñate during his expedition north from San Gerónimo,Mexico to colonize New Mexico.

The story begins in 1525 when Christóbal de Oñate y Narria, born twenty years previously in the Basque province of Bizkaia, came to Mexico and the New World as assistant to the accountant of the royal treasury of New Spain. Oñate rose quickly in politics, the military, mining and ranching and was instrumental in the settlement of the Zacatecas area of Mexico. Through his silver discoveries he became one of the wealthiest men in Mexico.

In 1552 his son, Juan de Oñate y Salazar was born, literally, with a silver spoon in his mouth. A child of frontier and colonial nobility, he was quick to rise to an influential presence in New Spain. In the late 1580’s Juan married the daughter of his father’s Basque business partner Juan de Tolosa. Her name was Isabel de

Making a very long story short, because of Juan de Oñate’s political connections, social standing and extreme wealth he was chosen by the king of Spain to finance and lead an expedition to colonize an unknown area to the north of Mexico called “New Mexico” which was thought to extend all the way to Newfoundland. As was the Basque custom on the frontier, Oñate surrounded himself with Basque friends and relatives and organized and funded an exploration party that consisted of five hundred men; one hundred thirty of which took their families along with them. They set off on their eight hundred mile trip in January 1598. They brought more than seven thousand head of livestock and eighty-three wagons and carts for food and every type of provision they could carry. (On this trip Oñate brought the first chili peppers and the first domesticated sheep into what would become the US.)

After three months of extremely difficult travel over trail-less desert with weeks of food and water rationing and, finally, after a stretch of five consecutive days without water, the group reached the Rio Grande River. Finding abundant water, game, fish and waterfowl, on April 20, 1598 Oñate led the members of his expedition in a Thanksgiving feast and celebration to give praise for finding the life-saving river. This event predated the Pilgrims’ Thanksgiving in New England by twenty-three years.

At this location he named El Paso and then headed north to found the area now known as New Mexico, become one of the founders of Santa Fe and the first governor of the province. (There would be nine additional Basque governors of the Spanish province of New Mexico.)