"They're beginning to get on my nerves. Who are those guys?"...A quote from Butch Cassidy played by Paul Newman in the movie "Butch Cassidy and the Sundance Kid. 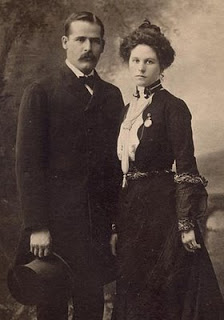 
Her name was Etta Place or maybe it was really Ethel, Eva, Rita or Ethel Bishop. There have been many theories on the true identity of Etta Place. Some say she was Ethel Bishop a young music teacher who lived in San Antonio, Texas. Another theory suggests that she was really a cattle rustler named Ann Bassett. Whatever her true identity, Etta was always described as having classic good looks. 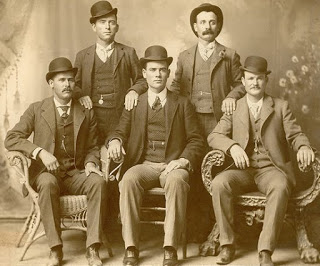 Our family has been dedicated for 30 years in serving the Western Horseman the safest most durable Quality American made leather horse tack....... Buckaroo John Brand Buckaroo Leather, The Brand to Demand Visit Our Unique Store Today Buckaroo Leather Shopping Site
Posted by Unknown at 8:23 AM