National Day of the Cowboy...Cowboy Code

This Saturday, July 28th is National Day of the Cowboy and Cowgirls.  In the spirit of this National Day, I thought it would be appropriate to post the cowboy's "golden rule".  The Cowboy Code of the West was an unwritten code that all cowboys followed and knew. 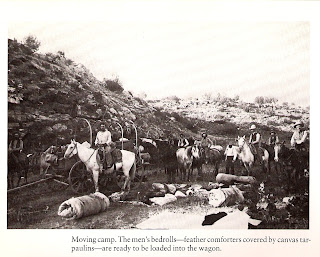 They lived their lives by this code and expected all other cowboys to do the same or deal with the consequences.

Below is the expanded version of the Cowboy Code of the West. I have also included a few interesting writings from the 1800's depicting these exact qualities of the Cowboy.

To the Cowboys of today and yesterday thank you for keeping the spirit of the code alive by living it everyday. 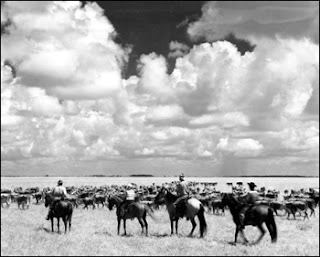 First chronicled by the famous western writer, Zane Grey, in his 1934 novel The Code of the West, no "written" code ever actually existed. However, the hardy pioneers who lived in the west were bound by these unwritten rules that centered on hospitality, fair play, loyalty, and respect for the land.


Cowboy's word is his sacred bond


Bargains sealed with handshake are more binding than legal documents


Be proud of your occupation


Lay down your life, if necessary, for the privilege of defending your outfit


Grant quick assistance to friends and strangers in need


Try to be better than the other fella


Be generous with your life and money


William G "Billy" Johnson, who worked the range during the 1880's, recalled that "cowpunchers (cowboys) were square shooters upright, and honest men. I never heard of a cowboy insulting a woman. If they were not up to par they were soon run out of the country."


From the Texas Livestock Journal 10/21/1882- wrote of the cowboy's courage, chivalry and loyalty. 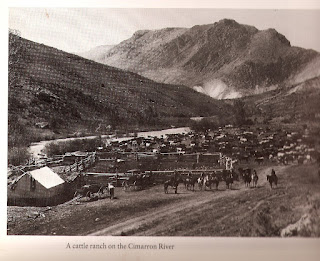 "We deem it hardly necessary to say in the next place that the cowboy is a fearless animal. A man waiting in courage would be as much out of place in a cow camp as a fish would be on dry land. Indeed the life he is daily compelled to lead calls for the existence of the highest degree of cool calculating courage. As a natural consequence of this courage, he is not quarrelsome or a bully. Another and most notable of his characteristics is his entire devotion to the interests of his employer. We are certain no more faithful employee ever breathed than he, and when we assert that he is par excellence, a model in this respect, we know that we will be sustained by every man who has had experience in this matter."

A great example of the Cowboy Code......Two cowpunchers out looking for work rode up to a Texas ranch in time for dinner, expecting the customary offer of a free meal. The boss fed them, but afterward demanded 50 cents in payment. Outraged at this violation of Western hospitality, the men roped a three-year-old steer belonging to their host and used a saddle ring to brand on its flanks the message: "Meals—50 cts." The steer was left to roam the range and proclaim the owner's ignominy. 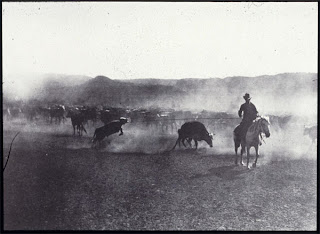 As another necessary consequence to possessing true manly courage, the cowboy is as chivalrous as the famed knights of old. Rough he may be, and it may be that he is not a master in ball room etiquette, but no set of men have loftier reverence for women and no set of men would risk more in the defense of their person or their honor.

At Buckaroo Leather American Made is not just a sales slogan, standing tall behind our Buckaroo logo is honesty, hard work, dedication, sacrifice and integrity. In our journey of the last 30 years we have met many amazing artists, business horseman and women, craftsmen and customers who still live as we do by the American Cowboy Code of the West.


Our family has been dedicated for 30 years
in serving the Western Horseman the safest most durable
Quality American made leather horse tack....... Buckaroo John Brand Buckaroo Leather, The Brand to Demand
Visit Our Unique Store Today
Buckaroo Leather Shopping Site
Posted by Unknown at 7:00 AM